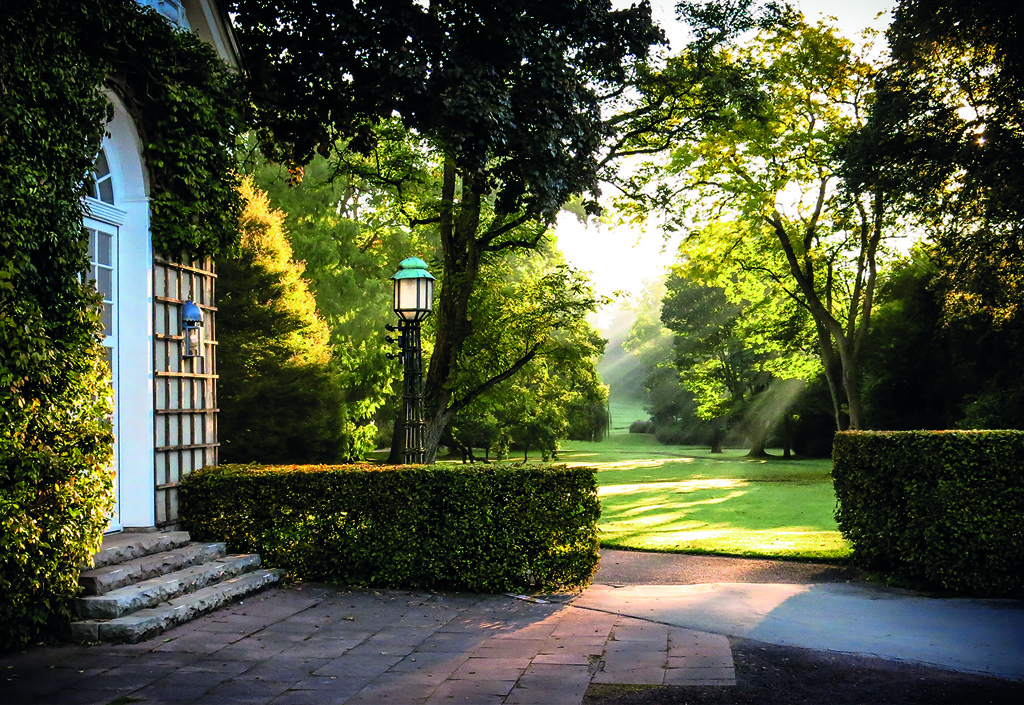 a 64 hectare experience in nature

The origins of the extensive English landscape garden park, one of the most beautiful in Germany, date back to the year 1669. Under Count Caspar Heinrich von Sierstorpff, the then unassuming grounds, dominated by a double-row avenue of linden trees, developed into a “small” landscape park, which had grown to its present size of 64 hectares by the end of the 19th century.

Since then, the park has been voted one of the 10 most beautiful in Germany on several occasions, and recognised with several awards, among them the Golden Linden Leaf from the German Society for Garden Design and Landscaping. Broad, sweeping paths, well-tended lawns and impressive solitary trees, some of which are more than 200 years old, form the basic structure of Gräflicher Park. This is complemented by a hedge garden and rose garden, a small garden temple next to the pond and garden bridges modelled on historical examples, as well as a game enclosure, maze and forest stage. Another highlight of the Park is the Hölderlin grove and the pond opposite it with Diotima island at its centre. These are dedicated to Friedrich Hölderlin and his lover Susette Gontard, wife of a Frankfurt banker. The couple spent six happy weeks at Gräflicher Park in 1796.

Nestled in the heart of the breath-taking landscaped park, you can stay at the Gräflicher Park Health & Balance Resort and enjoy the amenities of our exclusive wellness hotel.

with an explosion of tulips

Particular highlights of the Park include the tasteful flowerbed arrangements, which change twice a year. Different flowers and rare breeds are used each year. From early April to mid-May, a beautiful sea of flowers including tulips, crocuses and hyacinths erupts in the park – all told, visitors can enjoy 280 different varieties in a wide range of colours.

At the Spring Tulip Show from March to May, around 60,000 members of the lily family pop out of the earth in the flower beds. In the tulip fields specially created for this spectacle, 29,000 tulip bulbs, including exotic and very rare varieties, have been planted. Around the end of March to early April, these awaken from their winter slumber and captivate visitors with their explosion of colour.

Gräflicher Park is also home to a robinia tree (also referred to as “black locust” or “pseudoacacia”), which was named German Tree of the Year in 2020. Unfortunately, the tree is so old that it is likely to die or fall over at any time. However, there are plans to plant a new group of robinia trees that are already four to five metres high near the moor ponds. 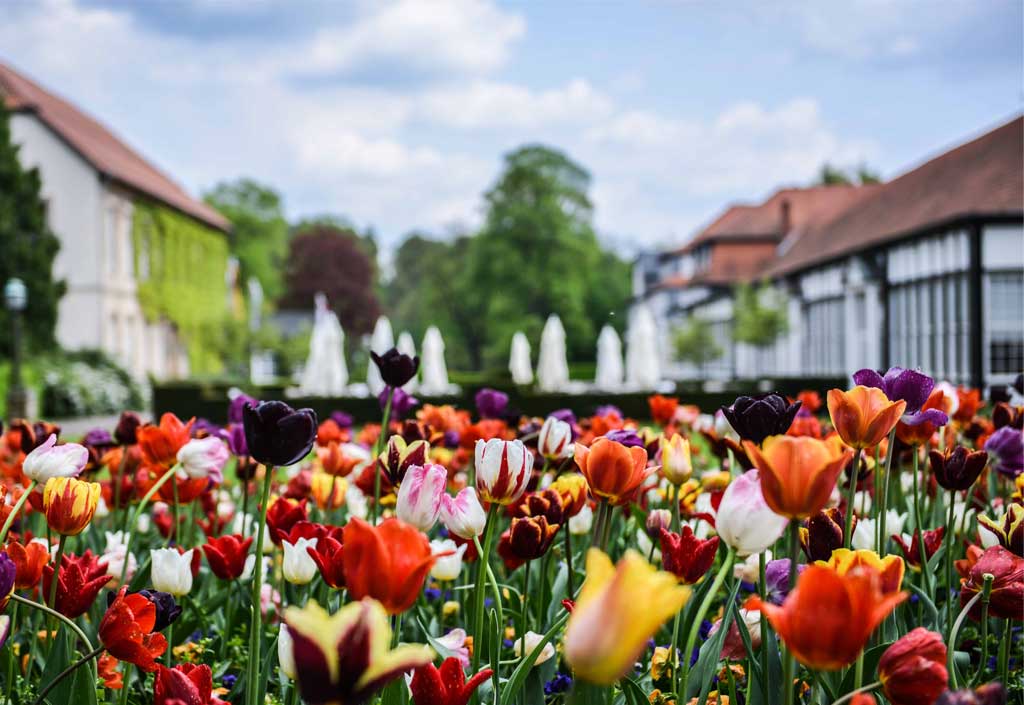 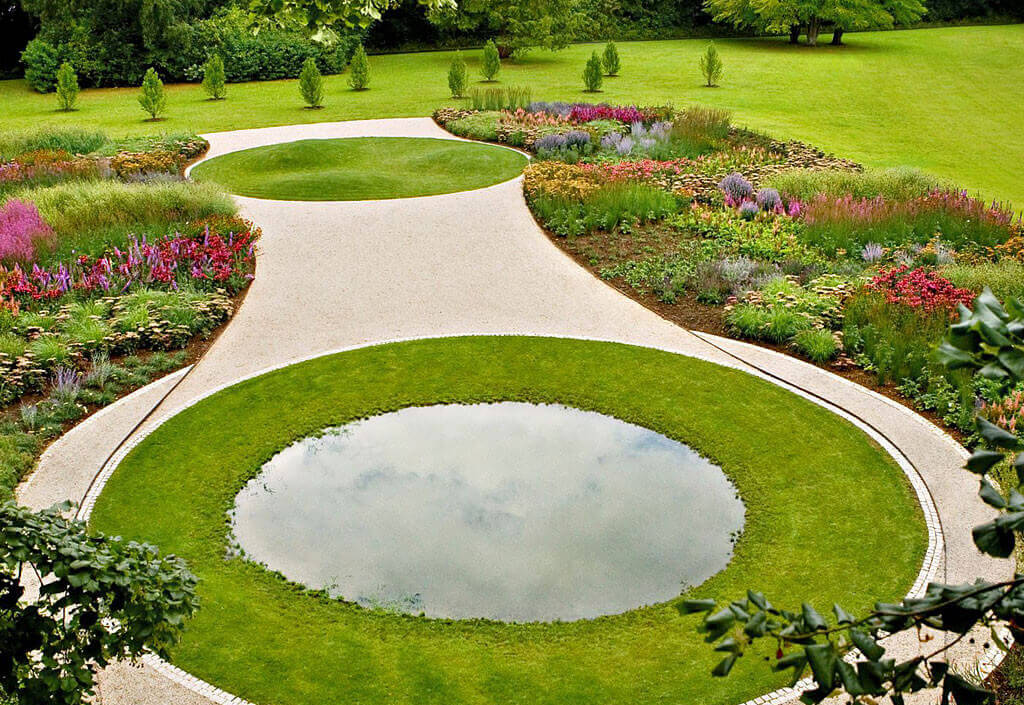 On a stroll through the different themed gardens such as the rose garden, hedge garden, lily meadow, rhododendron and azalea garden, Hölderlin grove and Diotima island in the duck pond, you will discover the work of internationally renowned landscape architects who have left their mark on Gräflicher Park.

The ornamental grass and perennial garden by the Dutch landscape designer Piet Oudolf is a particular highlight. Tens of thousands of coordinated plants were planted according to Oudolf's precise planning, including numerous varieties of achillea, anemones, asters, echinacea, geraniums, irises, limes, salvia and veronica.
The area, totalling 6,000 m², is scattered with grassy mounds that give the viewer different perspectives on the perennials and grasses of different heights. The plethora of flower and perennial varieties shifts its appearance over and over again throughout the seasons.

Art & culture in the Park

In addition to a number of artistic works worth seeing within the Park itself, Gräflicher Park Health & Balance Resort also regularly hosts literary, artistic and cultural events of national and international significance. The Diotima Society, chaired by Countess Annabelle Oeynhausen-Sierstorpff, is committed to promoting, maintaining and preserving the spiritual and physical cultural heritage of the Gräflicher Spa and the town of Bad Driburg. With their support and thanks to many donations, it has been possible to exhibit works of art in Gräflicher Park such as the wooden lookout tower “Kopf und Körper Bad Driburg” (Bad Driburg Head and Body) by the artist Michael Sailstorfer and “Modified Social Bench #1” by the Danish artist Jeppe Hein.

All cultural events take place in the hotel’s atmospheric function rooms and lounges, or amid the greenery of Gräflicher Park on the outdoor stage or the forest stage. Why not combine your attendance at one of these events with a stay at Gräflicher Park? Tickets are available from the Guest Services Centre.